I have to admit that the few times I’ve actually had the chance to sit in front of my computer, I lollygagged.  It was refreshing to be able to sit and do what I wanted.*

I have been desperate to get back to writing, and although I have found myself easily distracted, as I recently stated, this non-writing thing is nonsense, so…Writing Prompt Challenge Accepted!

It’s never too late to join in the fun! 🙂 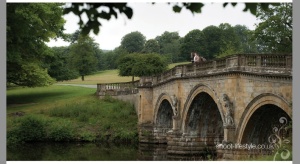 The first one is inspired by Pride & Prejudice: Unworthy

He felt he had been riding for hours.  His legs burned and the poor animal beneath him had finally slowed its pace as it drew nearer to the familiar landscape of his home.  Taking a deep breath he dismounted and walked the horse at a leisurely pace towards the stone bridge he had always found solace upon.  His father had stood there with him in his youth, regaling him with stories of their family and their duty.  He now stood upon it alone, and he needed his father’s counsel more than ever.  It was hard for him to admit that he knew he was unworthy of her love; he had done nothing to encourage her affection, but he had been foolhardy enough to believe his title and income would be enough to entreat her to consider his proposal.  Her affection would grow over time.  Wasn’t that the way it happened?  He knew there was something different about her; it was what had drawn his attention in the first place, and he had surprised even himself with the depth of his regard for her, but now he had to consider the possibility of a life without her, and that was something he hadn’t been prepared for. 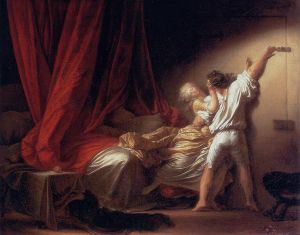 They had immediately been drawn to one another, despite their circumstances.  The flirtation had started innocently enough, but with each subsequent encounter their passion grew.  There were too many opportunities to be thrown together, and it wasn’t long before the lingering glances across the crowded ballroom, the brushes of hands in passing, and even the stolen kisses in dark corners became insufficient to satiate the consuming hunger.  It was then that war came, and their separation became inevitable.  The pang that ripped at their heart strings was enough to compel them to enjoy whatever moments they could together in the hopes it would bond them eternally and bring them back together at some point in the future, of this life or the next.

They met in secret in an unused room, away from prying eyes, surprised at the ease of their deception.  She arrived first, her breathing staggered in anticipation.  When the door slowly opened and he appeared, they were in each other’s arms in an instant, his hand lingering on the lock as he enveloped her in passionate embrace.

Despite the lingering fog, the night was warm. The river’s silent invitation persuaded her to peel off her hose and take off her shoes to dangle her toes in the cool water while she waited. She sat there in the eerie silence watching as the fog continued to roll in and eat the end of the bridge until it disappeared into nothing. A wasteland could lie beyond, and it did, but on a night like tonight it was impossible to know.

She recounted every time they had met here while a faint smile full of fond memories tugged at the corners of her mouth. It wasn’t supposed to have been like this. She would probably be branded a traitor, but war was a funny thing to those on the ground. His large frame cracked the veil, the golden glow from the lights enveloping him as he moved forward. She should leave, but found herself rooted to the spot, the fog moving in closer even now – perhaps it was an omen. The thought caused a lump to form and she swallowed hard.

I hope you are all well and continuing towards your goals!

Don’t forget to share your writings if you’ve been inspired.

*This is a reference to my sweat-shop inspired job.  That’s a story for another day.