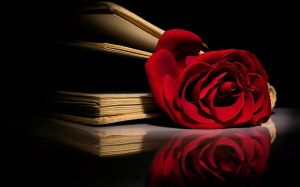 I’ve been watching The Mortified Sessions, now streaming on Netflix.  If you are unfamiliar with the premise, it’s a “reality” type show that looks into the pasts of mostly famous people to see how their childhood affected who they became.  I like the idea of digging through your past and discovering if who we are is who we always wanted to be.  I’ve been telling stories for as long as I can remember, but I never considered myself a writer, that came years later.  So after watching a few episodes of Mortified, I decided to dig into my writing past and see who I was and share a little.

First off, my teen years were clearly more angst filled than I remember, according to the writings I found.  I was depressed and love sick, often.  Which I find strange, because I don’t remember it like that.  In high school my parents divorced, which referring to as “messy” is a gross understatement, and I lost the friendship of my best friend because she chose a boy over our friendship, so I suppose I had a few reasons to be melancholy.  One year in high school, we had to keep a journal, the only time I was ever vigilant (until now), and there are a lot of ramblings about love and darkness.  I’ve had a good laugh.

Here are a few snippets –

Blackness surrounds
Fear sets in
Eyes deceive
but in darkness all other senses must take over.
Paranoia strikes, you try to look,
minute sounds quicken your heartbeat
The black seems never ending, there seem to be creatures lurking in the darkness
of my mind or are they?
Where is the light?  Will it ever arrive?
You’re frightened.  Voices invade.  You tremble in terror, a ghostly chill runs through your spine.
Images of death cross you mind,
in a split second your forehead is wet,
you try to rub off the moisture in a flicker of panic,
feeling it smear down your face, it becomes sticky.
“Light!”, you scream, “Where is the light?”
Obsessed with finding your way out,
you reach your hands in front of you.
You feel a strange warmth against your palm,
a sensation of a soulless corpse.
Squinting, you see the outline of a girl, leaning forward,
you see the reflection of your forgotten self.
Finally, something clicks, as if you know where to go.
You get up, turn a corner, and see a dim light.
“Run! Must reach the light!” You think aloud.

So there’s some angst, here’s a little love sick –

I look out my window on a particular rainy night,
and you seem to be on my mind.
I wonder where you are, who you’re with, and wish you were with me.
I don’t know if you remember me, but I remember you.
That night I first saw you is like a fixed impression in my mind.
I remember every detail about you from that first night…
your hair, your eyes, your smile, and movement.
That memory plays in mind like a broken record…
repeating itself over and over, reminding me of you.

I was introduced to Dracula by Bram Stoker, and that new interest permeated a lot of my writing.  These are three separate entries.

It is a damp and dreary night.
Not another living soul in sight.
I turn to look in fright.
I feel his hunger, ready to bite.

Dark dreams haunt my mind.
My heartbeat quickens as well as my breathing.
Drops of sweat bead my forehead.
I turn in horror, but cannot see
the thing that haunts nearly every dream.

Then I found some story ideas that are just too funny and almost embarrassing to repeat.  When I look back on those writings, besides laughing, it does stir my memory.  I was reintroduced to my love of books during this time, because when you’re forced to read in school sometimes the love of reading falls to the wayside.  I was introduced to romantic fiction by my mother and fantasy by some of my teachers.  Those interests melded together, marinated for more years than I’d like to admit, and became the seeds to the writer I have become.

It was a fun exercise, and a good excuse to dig into the past.  Sometimes a little introspection is good as a reminder of who we are and why.

Wishing you all a productive week!