I’m certain I’ve talked about this subject in the past – the idea that even if our lives are chaotic and unsatisfying, we’re comfortable with what’s familiar, what we know.  Sometimes while striving towards a goal, the unknown can be cause for fear, even if subconsciously.

How do I know this?

I’m pretty sure I created an act of self-sabotage this week, of course without any thought.

I wrote an original TV pilot to add to my portfolio, and I have to say, I’m proud of it.  It took some time to get everything in order, it’s sci-fi with aliens and distant worlds, etc. but when I got into it, I had tons of ideas and I really wanted to spend more time with these characters.

Writing the pilot is among the most satisfying writing I’ve done.  I had a clear image in my head and I wrote it.  I made minor adjustments, but honestly, within five drafts I felt it was ready to be seen.

I sent it to my readers, got positive feedback, and then found a contest to submit it to.  I wasn’t looking for any contests, it was my plan to get everything in order for the beginning of the year, but there was a pilot launch contest from Screencraft and the deadline was fast approaching.

The Sis went through the script with a fine tooth comb and found all my little grammatical errors and one thing she thought needed changing – the name of a fairly inconsequential character.  Agent Six as he had been called, reminded her of something, and it was my goal to not have anything (names, places, expletives) sound too similar to those things I had been inspired by.  If that makes sense.

I had named him Six in honor of my favorite Cylon, but upon a search, Agent Six is a pretty big character on a current running TV series, so I felt it should be changed.  I didn’t have a lot of time to make the change and I got sidetracked during the process…I’m sure you can guess what happened.

I hit submit, got ready for work, and an hour later on my drive it hit me – I hadn’t caught them all.

The Beastie Boys song “Sabotage” has been playing on repeat in my head for days now. (The fan made Rogue One trailer hasn’t helped matters.)

Was this an act of self-sabotage?  Am I afraid of getting what I want?  For all my talk about going after your dreams, am I just putting on a façade?

I am so angry with myself, still.  Yes, it’s a small error, but when you’re hoping to be a professional, the best, most perfect representation of your work should go out into the world.  Does this error deter from the story?  No.  It’s near the end and takes up a fraction of the page, but it’s there, and I know it, and I know they’ll see it.

And now a new deadline lingers on the horizon, and in the back of my mind I have to wonder, am I capable of setting myself up again?  I truly hope not.

I’m not sure how to spin this to be helpful, except maybe to say, “make sure you have the time and focus to rewrite your work.”  Deadlines are great motivators, but let me be an example of what not to do.  Don’t wait until the last minute.  Don’t worry about something inconsequential – it can be changed later if there’s concern.  Plan ahead.  And, I suppose, this quote sums it up perfectly:

Wishing you all the very best in your endeavors! 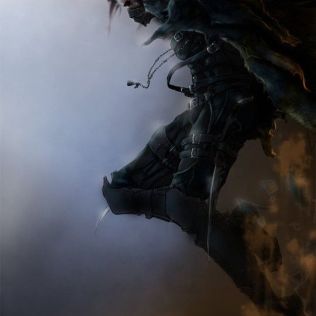