This image makes me think of the poem by Byron, “She Walks in Beauty” and I feel compelled to write a poem, which I just don’t do.  Be kind.  😉

She walks in moonlight with gentle grace

A coy smile upon her lips

A gentle sway in her hips

She knows he watches from a distance

The heat of his stare a fire upon her skin

A pause mid-step to relish the moment

Turns into a dance of seduction

At first she plays shy, ignoring the pull

She glances at the flowers

And tosses her hair

She hears the quick footsteps of her lover drawing near

Her heart skips a beat

The footsteps have stilled

And yet she waits

A soft breeze stirs around her and she slowly turns

An innocent gesture draws his attention

One that stirs desire

She stands in moonlight

The embodiment of his heart’s silent yearning

He takes a step forward and reaches out

To find it all a dream

The following is a little excerpt from my Dragon Age fanfic that I am hoping to continue now that contest season is drawing to a close.  I’m not sure where this section will fall in the series, perhaps it’s the opening for Chapter 2: Redcliffe…?  I had this visual of my mage taking a moment after a battle.

For those unfamiliar with what I’m doing, I posted an image of concept art some time ago as a Writing Prompt from the game, Dragon Age Origins called the Brecilian Forest.  I was frustrated with my writing at the time and took to writing some fan fiction.  I loved it!  If you are interested in reading Chapter 1, click here.  It’s written in the first person like a journal.  *The following is a rough draft sample.

My feet swayed slightly across the surface of the water, causing a small ripple effect in the otherwise perfect stillness.  I sighed deeply, trying to gather my thoughts, when I heard the familiar footsteps of the one person I was trying to escape.

Should I do as Morrigan suggested or hold out for something more?  We had barely glimpsed the possibilities and I was feeling more compelled to play the paramour the more time I considered it.  What would it be like to be flirty?  How would he even respond?  Raised in the Chantry, I can imagine he’d blush.  Being free of the Circle was definitely expanding my horizons.

A moment later he was standing beside me.

“Would you care to join me?”  I asked.  I looked up, shielding my eyes from the glaring sun, and found Alistair without his armor.

A casual Alistair was quite the sight.  After the battle, the weight of his armor must have felt heavy, and he was quick to remove it.  I wondered who had aided him.  Surely not Sten?  I laughed a little at the thought.  His tunic and wool pants hung just so, and I had to force my gaze upward.  He looked tired.

“I don’t wish to interrupt your solitude.”  He countered.

Since Ostagar, one of us would seek out the other after any battle.  I had never even thought about that until this moment.  I patted the spot beside me, and smiled as he came to sit with me.  He removed his boots, rolled up his pant legs, and dipped his toes in the water.  He shivered slightly at the cool relief.

He didn’t say anything.  Neither did I.  We just sat there, dangling our feet.  I let my mind go blank and just reveled in the moment.  We had survived yet another fight.  We were still together.  As I sat beside him, I realized that I had never had a friend like him.  Things were just different in the Circle.  Alistair, regardless of circumstance, was my friend.  One I knew I could count on like no other.  That thought brought a special smile.  After a short time, I laid back on the dock, closed my eyes, and enjoyed the silence.  He soon followed suit.

“You were marvelous this night.”  His voice sounded distant, as if he were drifting off to sleep.

I turned to look at him and let my gaze linger, knowing I was not to be discovered.  He seemed at peace.  “As were you.”

I felt his hand drift closer to mine, just enough to touch, and that small hint sent my pulse racing.  And instead of fighting every impulse, I succumbed.  I let my hand move to take his, and when I felt his fingers intertwine with mine, I finally exhaled.  Out of the corner, I saw him glance my way.  After a long moment, which equated with me building up some semblance of nerve, I turned toward him, and was caught off guard by the innocent, bright smile that greeted me.  He inched over and closed the distance and I could not but help to smile in return. 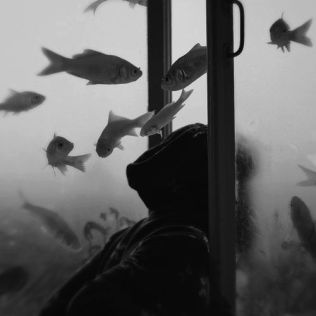