Wednesday I decided to stop being such a hermit and took a drive to enjoy the change in the weather.  I grabbed The Pups and we headed out to explore the natural wonder in our backyard, Red Rock Canyon.  I grew up in Las Vegas, and the desert holds no mystery for me, but Red Rock is such a sight, it’s no wonder that some 2 million visitors take the 13 mile drive to enjoy the view each year.

No where else in the city does this red stone exist, or the type rock.  Mountains just a bit to the south have a red band amidst the pale sandstone, but that’s it.  In the picture to the left, the red rocks themselves are to the right.  My camera does not do this landscape any justice.

As I stood on one of the precipices that overlooks the valley, I had to wonder about what it must have been like to live on this land thousands of years ago.  There used to be water here, and along one of the dry creek beds, pine trees still remain.  This whole area is just such a random jumble of natural bits.  It is quite beautiful, and found in such an unlikely place, Las Vegas.

I took one of the smaller hikes to look for petroglyphs, but my boy was not having any of that.  He is from L.A. after all.  My girl, on the other hand, was so excited to be out seeing and smelling new things.  Still, we didn’t make it very far.  Perhaps another day.  It was refreshing to get out; I really do spend way too much time indoors.  The desert is intolerable in the summer and the winters aren’t much better, but there are a few weeks between each that make living here bearable, so I better take advantage of it.

As writers, we sometimes find ourselves stuck in a routine, that doesn’t necessarily mean it’s a bad thing, but we have to get out and see new things, in an effort to keep the imagination stirring.  No matter where you live, take a short drive and explore the great outdoors.  Breathe fresh air.  Remove that city landscape from your view.  You never know where inspiration may strike!

2 thoughts on “Getting Out of the Office” 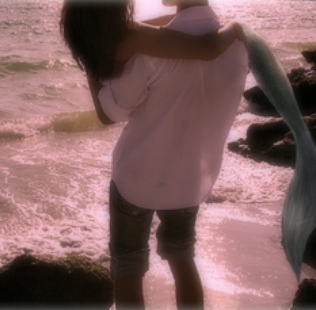